The ESC system uses several sensors to determine what the driver wants (input). Other sensors indicate the actual state of the vehicle (response). The control algorithm compares driver input to vehicle response and decides, when necessary, to apply brakes and/or reduce throttle by the amounts calculated through the state space (set of equations used to model the dynamics of the vehicle). The ESC controller can also receive data from and issue commands to other controllers on the vehicle such as an all wheel drive system or an active suspension system to improve vehicle stability and controllability.

The sensors used for ESC have to send data at all times in order to detect possible defects as soon as possible. They have to be resistant to possible forms of interference (rain, holes in the road, etc.). The most important sensors are: 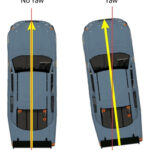 Lateral acceleration  is an acceleration that is directed to the side (i.e. perpendicular to the direction of travel) incurred when a vehicle takes a curved path. 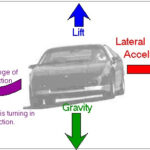 Roll rate sensor is similar to the yaw rate sensor in design but improves the fidelity of the controller’s vehicle model and correct for errors when estimating vehicle behavior from the other sensors alone.

Why is Bleeding Brakes Needed