SWS / OPDS / ODS is Seat Weight Sensor System. It measures the weight of the passenger and determines, whether to allow airbag deployment in the event of a crash or not. If the front passenger seat has a child sitting on it, SWS System will disable airbag deployment. 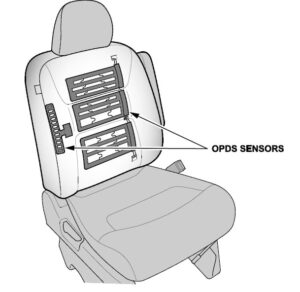 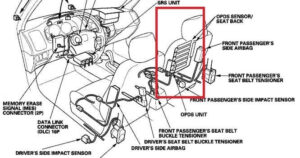 If you replace OPDS/SWS Weight Sensors, OPDS Control Unit, or SRS Module, you might need to initialize the SWS System.

The procedure will depend on the car and what work has been done on it.

2. Initialization with a Scanner

This almost always means that you need a replacement buckle.

An easy test would be to short with a jumper wire pin 1 and 3 on a grey (or blue) buckle connector.